SOIbio: a Project to Develop Nanotechnology 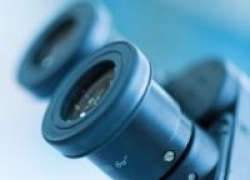 The Centre for Physical Sciences and Technology (FTMC) in collaboration with the Agency for Science, Innovation and Technology (MITA) is launching a new project, SOIbio, aimed at investigating hitherto poorly understood properties of light that occur in extremely small silicon structures, the production and exploration of which have only recently become available to a wider scientific circle. Application of these properties is very wide: from micro lasers, communication equipment, and data storage media to a variety of biological and environmental sensors. The latter is the main object of SOIbio’s research.

Initial research in this area has been conducted in Lithuania since 2010, but only at the theoretical level. During the SOIbio project infrastructure for the production and characterization of sensors will be created. The most promising biosensor is the one that will allow cheaper, simplified, and standardized medical tests, which today require expensive materials or devices. Lasers are an integral part of such systems, and Lithuania has a well-developed laser industry that creates a favourable environment for such research and further development.

Global high-tech companies already offer similar technology-based products, but their areas of use are relatively narrow and difficult to apply in practice. The SOIbio project will investigate a silicon structure the production of which can take place at already existing microelectronics factories, thereby avoiding massive costs of introduction of new technologies to the market.

“Although photonics lags behind electronics in achievements in miniaturization, it is because of that that today’s scientists have made significant efforts to rapidly develop the progressive nanophotonics area where there is an attempt to control light, creating nanophotonics structures for this purpose ten million times smaller than a meter. Our employees are active in this area,” says FTMC nanophotonics laboratory manager, Dr. Raimondas Petruškevičius.

The project is funded by the European Social Fund.