Progress Microfinance loans worth €182 million given to over 20,000 entrepreneurs for start-ups and expansion 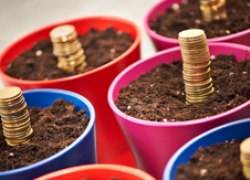 More than 20,000 entrepreneurs have already benefited from loans and guarantees worth a total of €182 million under the European Progress Microfinance Facility, according to the latest European Commission report about the implementation of this financial instrument.

In particular, the report finds that Progress Microfinance has significantly contributed to job creation, by enabling credit for unemployed or inactive people struggling to borrow money from financial institutions.

The new microfinance financial instrument set to begin in the second half of 2014 under the Programme for Employment and Social Innovation (EaSI) will build on this experience.

Difficulties in accessing finance represent one of the main barriers for aspiring entrepreneurs. The report indicates that:

60% of final users were unemployed or inactive when they applied,
36% of recipients were women,
5.9% were under the age of 25,
recipients of financial support included minorities such as Roma communities in France and Bulgaria;
agriculture and trade remained the two sectors receiving most support from the Facility, accounting for more than a half of all supported enterprises.

The report is complemented by an external study showing evidence for unmet demand for microloans throughout the EU and the need to cover the existing gap in the European microfinance market, roughly estimated at around €2.7 billion.

This is why the Commission is encouraging Member States to be more active in offering national schemes for microfinance financial instruments, particularly by using their European Social Fund or European Regional Development Fund resources.