72 Technology Company Launches Thanks To INOVEKS 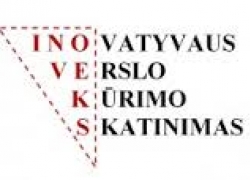 The Innovative Business Promotion (INOVEKS) project executed by the Agency for Science, Innovation and Technology (MITA) and funded by the Ministry of Economy was met with great interest: 411 technical ideas were submitted for the project, and 72 of them have become startups. The INOVEKS project encourages entrepreneurship at universities, helps create employment opportunities for students, young scientists and researchers, and also reduces so-called brain drain. Teams of professional scientists and businessmen help young entrepreneurs flesh out ideas and evaluate the potential of ideas.

“The results of the initiative prove that there is much interest in tech startups: 102 events were organized, 90 news items about the project were announced, and 3,671 consultations were provided to individuals who intend to start a business. In addition, 123 more ideas were selected than expected, and 15 more companies were started up than expected, a total of 72. These figures show that we have a huge potential in universities, numerous young people who want to create their own business. You just need to steer them in the right direction and encourage them. I believe that in a year or two these ideas will have been turned into innovative and high value-added products in the market,” said the Minister of Economy Evaldas Gustas.

According to the Minister of Economy, as of July this year 35 companies have already been launched in Vilnius and Kaunas and two new tech enterprises in Klaipėda. The newly established companies are oriented towards innovative solutions in engineering, biomedicine, energetics, robotics, and other areas. Company solutions include intelligent technology: animal paternity testing, blood sample testing, and a mobile app that allows you to verify that you locked the door when leaving home. ASU and VšĮ Technopolis are responsible for the startup of five companies.

The newly established companies will be incubated free of charge until 30 September 2015, at the science and technology parks and will work with mentors for new product layouts and/or prototyping, development, and investment attraction issues. Three of the most promising companies will have the opportunity this autumn to intern at an overseas business accelerator.

The project will continue until October 2015. INOVEKS is financed by the European Regional Development Fund and the European Social Fund.